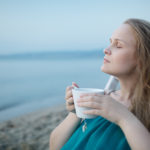 Diana deals with chronic fatigue. Dealing with this struggle has made her realize that she would much rather be sick than tired. She explains that tired doesn't even begin to describe her life. She is unable to make sure her kids are fed or to even make sure the alarm is set before bed. The

An international news website reports that an Indian drug regulatory agency has asked sixty five national and international companies why they have been selling 300 types of drugs without government approval. Most of the drugs are used to treat diabetes and infections. They are mostly cocktail, or combination drugs. The companies include well known American

There are so many kinds of cancer. Almost any part of the body can be affected. This talks about bladder cancer specifically. It can be fatal but Keytruda can lessen the risk of this. If you have bladder cancer you should definitely bring this up to your doctor to see if you should be using

The FDA will be checking out this drug as a treatment for blood cancer. Since this is a problem for many it will help to have a treatment. The FDA makes sure a drug is safe enough before releasing it for everyone to use. They also find out which other drugs can interact and what

It makes a lot of sense that weight loss would protect your knee joints from degeneration because if you weigh less you won't have as much to carry around. Your knees won't be taxed as heavily. If you are worried about your knees you should look into a routine for weight loss. This can include

It has begun to rain in Somalia. This is good news but it still doesn't solve every problem. The citizens are dealing with malnutrition because of a lack of crops. Most things just can't grow when it doesn't rain. It will take a while before things are back to normal even if the rains keep

People are getting diarrhea from ingesting pool water. It's happening more and more in the United States. No one should be drinking this water anyway because there are chemicals in it. Be careful not to do anything that would cause you to swallow it. It can make you sick even if you don't actually get

Vision impairment can be a huge problem if it's not diagnosed or treated. It can be hard for kids to learn when they can't see what is on the board in their classroom or if they can't read books or worksheets. This is hindering preschoolers' ability to learn and it needs to be dealt with.

Drugs get a lot of testing in the United States before they are approved for the public. They try to find side effects and what other drugs it may interact with. They do this to insure the safety of people taking it. Obviously they miss things because the system isn't perfect but at least they

Cholera is a dangerous disease which can prove fatal. It is a problem in Yemen. More cases keep cropping up. If you are going to be in Yemen you need to take precautions not to catch it. You need to avoid those who are infected and to wash your hands and other things often since